April 7th 1943 saw the lives and the landscape of Newport changed forever.

20 people lost their lives that day and in 2013 Cllr Julie Jones-Evans was approached by Mrs Christine Pascoe to erect a memorial to remember that day. Mrs Pascoe was living in Chapel Street at the time of the bomb hit. She lost her mother and her sight was damaged.

The memorial is located in Church Litten on the site of Dr Straten's House, near the play area. It is designed out of red house bricks to recall that this was a civilian tragedy and that many houses were obliterated. There are 20 buff coloured bricks in the memorial each one has the name of one of the victims. It was made by the IW College Year 3 bricklaying students under the leadership of Mr Peter Ellwood, with a plaque manufactured by A J Wells

On 22nd June the memorial was unveiled at a short ceremony attended by over 100 people. In addition to performances by Ashleigh Mackness, singing the White Cliffs of Dover and Medina Marching Band sounding the last post, a number of survivors of the bombing and relatives of those that lost lives shared their stories. 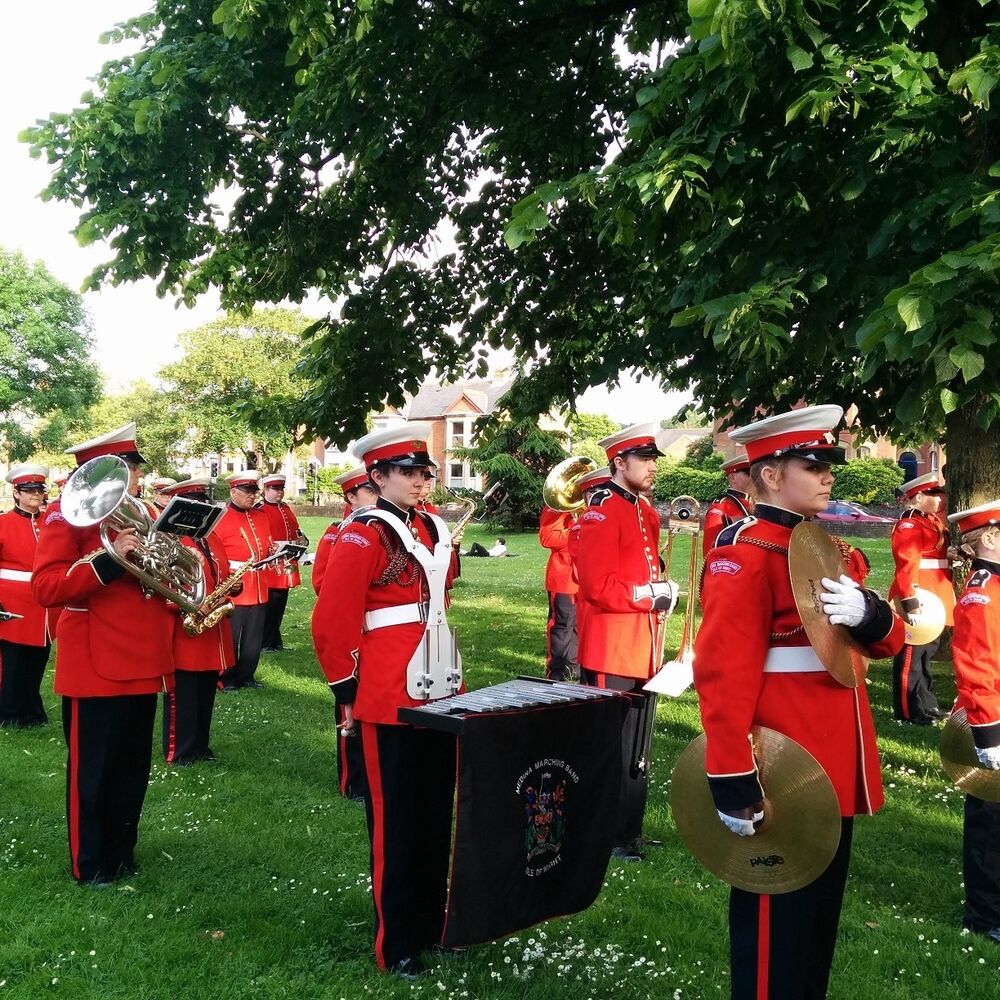 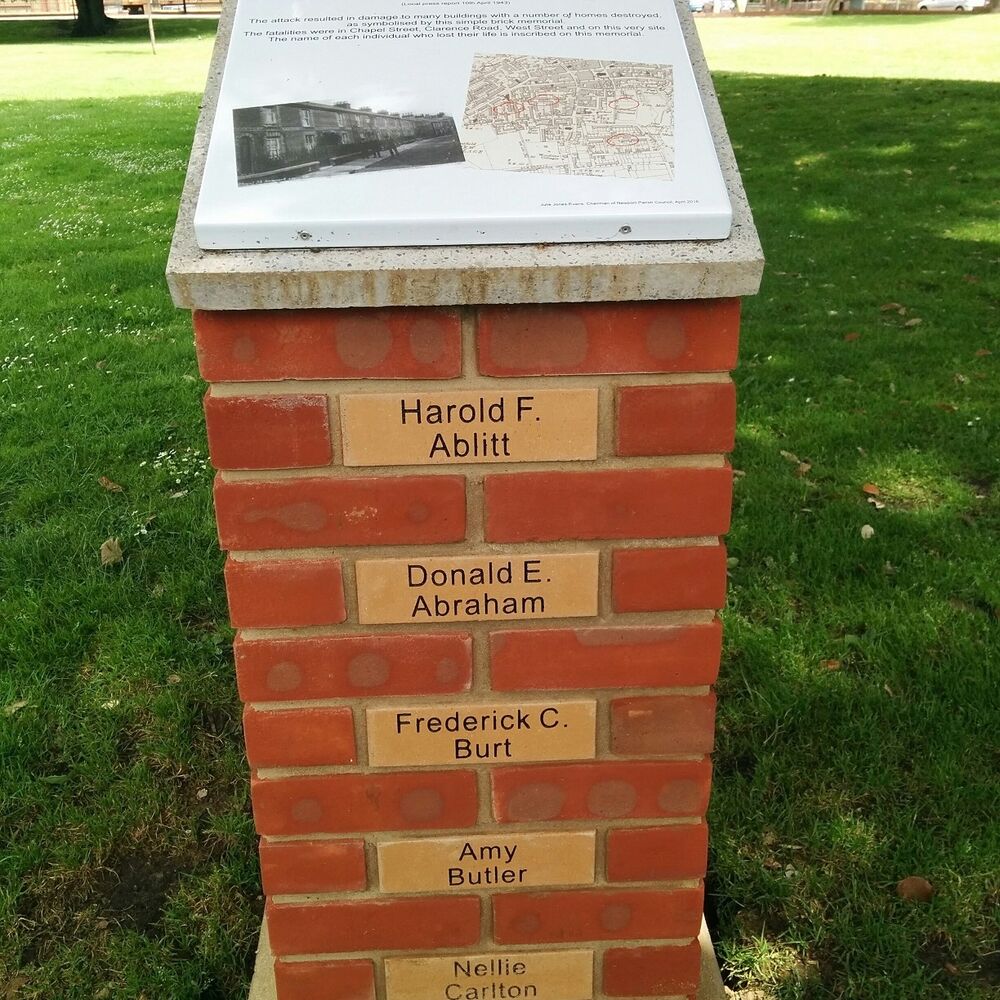 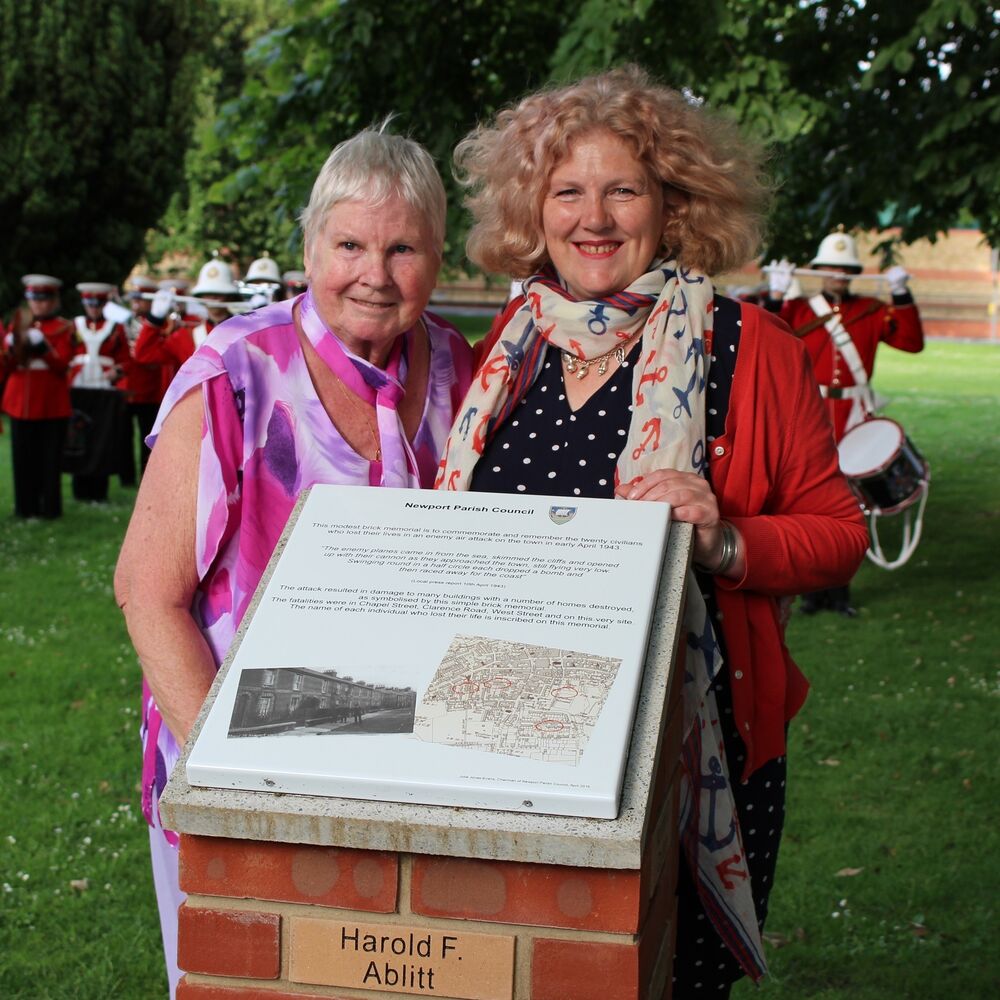